skip to main | skip to sidebar


Yes is touring the eastern half of the United States. The lineup will be Steve Howe, Chris Squire, and Alan White joined by Benoit David on vocals and Oliver Wakeman on keyboards. 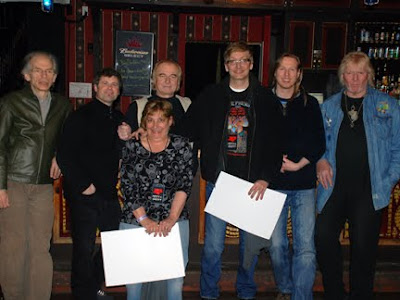 Playlist: Siberian Khatru, Your Move/I've Seen All Good People, Astral Traveller, Your's Is No Disgrace, And You and I, Machine Messiah, Owner of a Lonely Heart, Roundabout, Starship Trooper.
Posted by aargeeem at 6:04 PM